Brass bands from Podolia, Klezmer and other Jewish Music

Field Recordings from the Phonogrammarchiv of the Austrian Academy of Sciences, Vol. 1 CD with Booklet, 28 pp., comments in English, summaries in German and Russian. Extraplatte, EX-PHA001, 2006 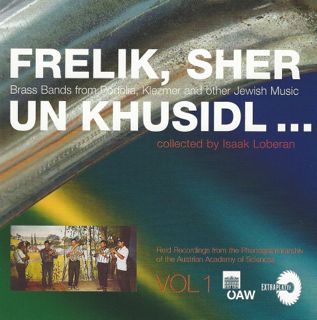 This CD features field recordings that Isaak Loberan made during his trips to the Ukraine in 2000 and 2001 and also from the late Rayisa Gusak, a folklore specialist from Kiev, recorded in 1991. In order to document jewish instrumental music Loberan and Gusak recorded brass bands from Podolia that had jewish tunes in their repertoire. Also yiddish songs are presented on this CD.

From the introduction in the booklet of this CD: Isaak Loberan has dedicated his new CD to a disappearing facet of Jewish culture: brass music, which, thanks to the genius of the klezmorim, enjoyed widespread popularity among both Jews and non-Jews. The present plight is due not only to the tragic historical and political events of the 20th centruy - the pogroms, the Shoa and the Stalin regime, which all but wiped out the Jews who had lived in those countries for centuries. Another crucial factor is the critical economic situation of post-Soviet states, which for the past fifteen years has been curtailing any musical activities.

Isaak Loberan has set himself the task of capturing - both acoustically and, to a slightly lesser extent, videographically, in exploratory and live situations - the repertoire and musical characteristics of brass bands currently still playing in Moldova (his native country) and Ukraine. Systematic interviews and live recordings have been necessary not least because no historical sound documents of Jewish brass music from these regions exist. Similarly, just a few traces remain of Yiddish song and the once impressive tradition of klezmer string playing - two genres which are also featured on this CD.

Yiddish is today spoken by only few people, especially the elderly. Isaak Loberan therefore rightly decided to ask aged women as bearers of tradition about their songs. His approach proved successful, and he managed to record vocal music not found in any anthology. Helga Thiel, Phonogrammarchiv of the Austrian Academy of Sciences, 2006

Please note that there are only about 50 copies left and because the label Extraplatte doesn't exist anymore, there will be no new edition once these copies are sold. 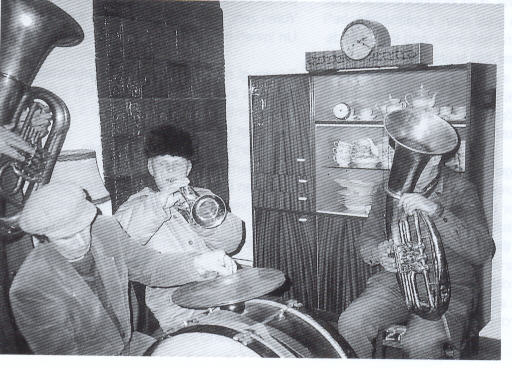