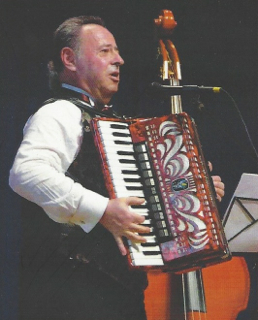 Born in 1947 in Chisinau (Moldova), Isaak Loberan studied double bass at the E. Koka College of Music and the G. Muscescu Arts Institue. For several years, Loberan worked at the Chisinau Jewish Musical Theatre. From 1969 through 1991 he served as a soloist and leader for the double bass section in the orchestra of the Moldovan State Academic Theatre of Opera and Ballet. Since 1991 he has been living as an indipendent musician and composer in Vienna. Playing the double bass, accordion and piano, he has given, together with his klezmer band Scholem Alejchem, numerous concerts in Austria and abroad, and released several CDs. Since 1998 Isaak Loberan has been engaged in the study of Jewish folk music in Eastern Europe and additionally has held regular klezmer workshops in Vienna.